Paul Pagnato joined Mindy Diamond, President and CEO of Diamond Consultants, on their Independence Podcast to talk about the power of TRANSPARENCY as a propellant for growth.

By Mindy Diamond, President and CEO of Diamond Consultants

"Throughout this podcast series we’ve shared the unique stories of quality advisors who have taken extraordinary steps through their careers to find the best way to serve clients and grow their businesses.

And the guest in this episode is certainly an example of “extraordinary” on all counts. 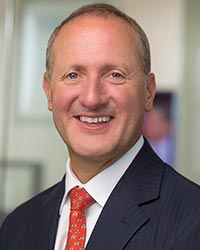 Paul Pagnato, CEO Founder at PagnatoKarp, is a four-time ranked Forbes Top Wealth Advisor1 with an interesting story to share: Before starting his career as a financial advisor with Merrill Lynch, he was a microbiologist with NASA and McDonnell Douglas.

Yet after building a successful wealth management business at Merrill, Paul and partner David Karp left in 2011 to become one of the first teams to join HighTower Advisors—a firm which they would leave in 2016 to form their own fee-only RIA based on what they call True Fiduciary® Transparency Standards.

A unique journey from NASA scientist to wealth advisor to entrepreneur-led Paul down an exceptional path of evolution and growth. It’s a story driven by an intense level of passion to serve clients free of conflict and with complete transparency—one that all advisors can learn from."

With over $4.8 billion assets under advisement1, PagnatoKarp specializes in Intelligent Wealth Management™ for CEO Founders, wealth creators and ultra-high-net-worth families. With True Fiduciary® standards of transparency, we embrace the legal obligation to put your interests first while focusing on asset protection, cash flow, and value-added opportunities. Frequently ranked on top financial advisor lists by Barron’s and Forbes, and a Virginia Best Place to Work1, our goal is to simplify and elevate your life so you have more time to spend on what matters to you most.

Disclosures: 1Assets Under Advisement (AUA) over $4.5B as of 9/30/19. AUA = Assets under advisement refers to assets on which the firm provides advice or consultation but for which the firm either has discretionary authority or does not arrange or effectuate the transaction.